1 Place a $200 deposit -> we start building the drum per your specs.
2 After it"s done, you place the remaining balance and we ship the drum.

Please note that some countries may impose customs duties, taxes and/or handling fees.
USA customers reportedly do NOT pay any additional fees.

Oriollo Phantom™ is a drum made out of single sheet of high quality aluminum, spun in a seamless construction(?). The process is shown in this video . The bearing edges and snare beds are made using presses and molds/dies so each and every shell is 100% perfect (and same).
We're using our own lugs and other quality components(?). 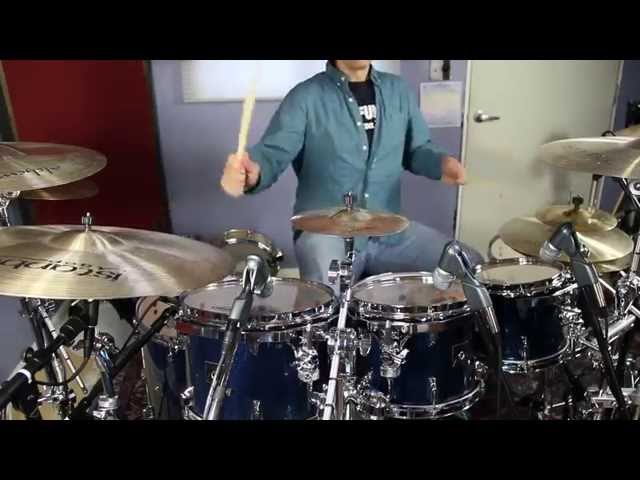 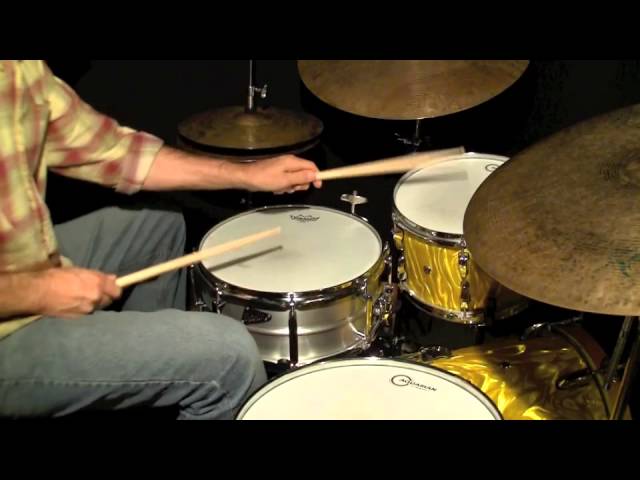 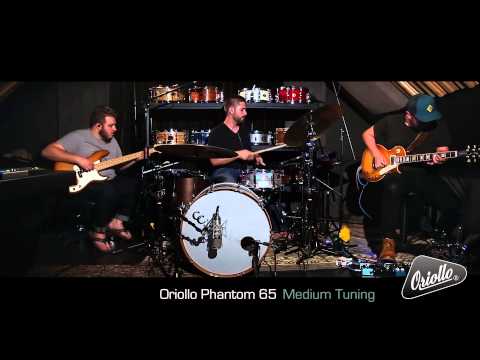 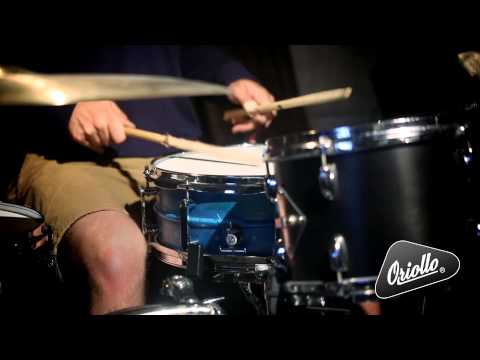 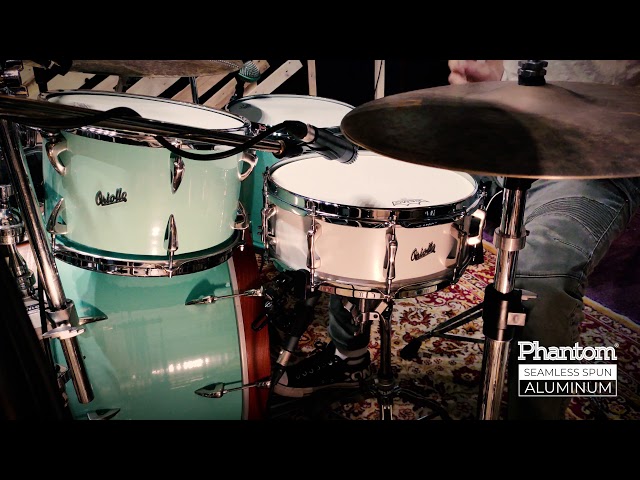 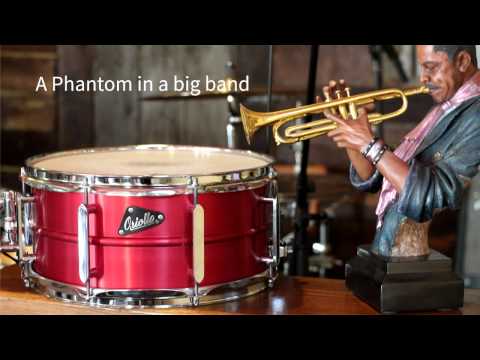 A Phantom in a big band 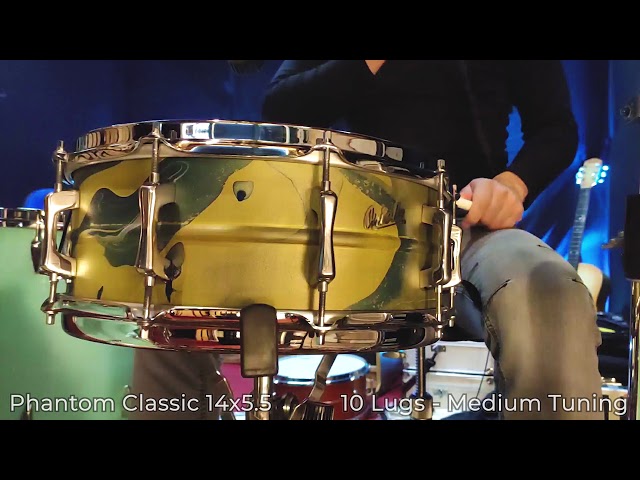 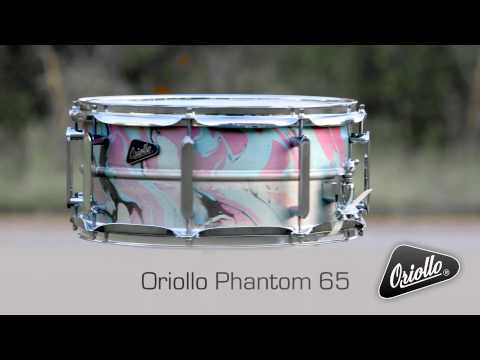 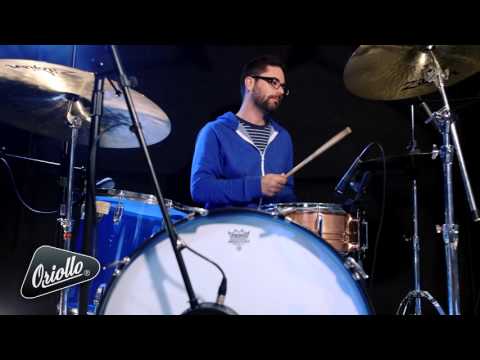 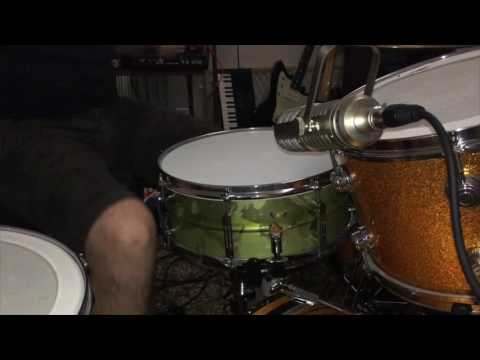 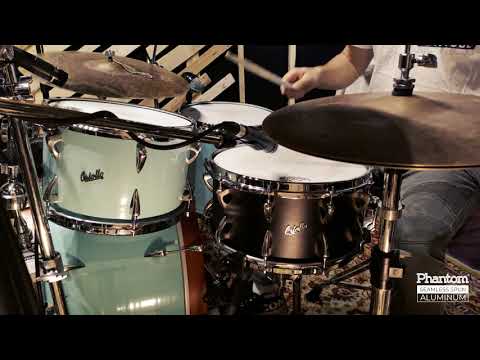 “My 5.5" Phantom is a great drum. We all grew up playing spun aluminum drums. This drum stands on the shoulders of the giants. It has a raspy, lovely honk at all tunings. It sounds as great wide open as it does muted. It's built to be abused at gigs with better hardware than was available on those great old drums. Taking that sound and improving the reliability, the Phantom is without question one of the most useful drums being made today.

“This drum feels very alive. It's incredibly sensitive, articulate and breathy. The rolls on it are incredibly smooth. I have owned/played a lot of aluminum over the years, and the combination of crack/low end/ sensitivity, and bite on this drum is really something special.

“I ordered my 6.5x14 Phantom on a whim after I saw the video of how the shell was made. It's hands down the best 6.5x14 snare I've played. It has a nice, warm, full tone with no harsh overtones.

“The Phantom 55 delivered everything I hoped for in a snare drum - sharp attack coupled with plenty of body and tone. I'm in love!

“Just played that Phantom 75 for the first time and all I can say is WOW. The fattest snare drum I’ve ever heard, and still wonderfully sensitive! I had high expectations, but even those were exceeded. I’ll be telling everyone who will listen about your awesome drums. Thank you!

“I can't get enough of my Phantom 65. Listeners in front of the kit tell me it sounds like hearing a well-engineered recording, but live. It's got a lot more complexity and character in its tone than most high-end snares I've played, and that tone comes through from the level of the gentlest buzz on through to chunky rimshots.

“Vukan is really onto something with these low mass, spun aluminum shells, and I truly believe he's building a following and community because of it. Oriollo is legit and is offering something that would normally cost twice as much when you look at the landscape of boutique instruments. It all seems too good to be true but it's not, props to Oriollo.

“I got mine about a month ago, and I must say, one of the best snare drums I have tried. I have some Yamahas, and some custom snares, Longo's, Dunnett, Antonio and others. The Oriollo Phantom is a world class instrument!

Or find one in our stock