1 Place a $200 deposit -> we start building the drum per your specs.
2 After it"s done, you place the remaining balance and we ship the drum.

Please note that some countries may impose customs duties, taxes and/or handling fees.
USA customers reportedly do NOT pay any additional fees.

Oriollo Bellmaker™ is made of high quality CuSn14 bronze - the same alloy used for making bells. The shell is first sand casted with 10mm thick wall and then machined . It can come in various shell desings.
We're using our own lugs, hoops and other quality components(?). 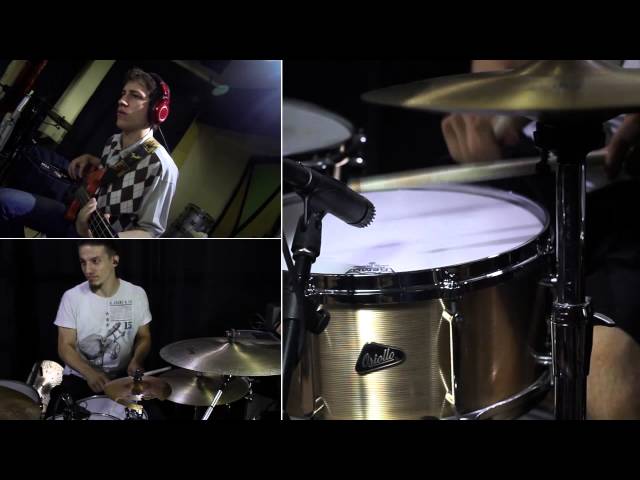 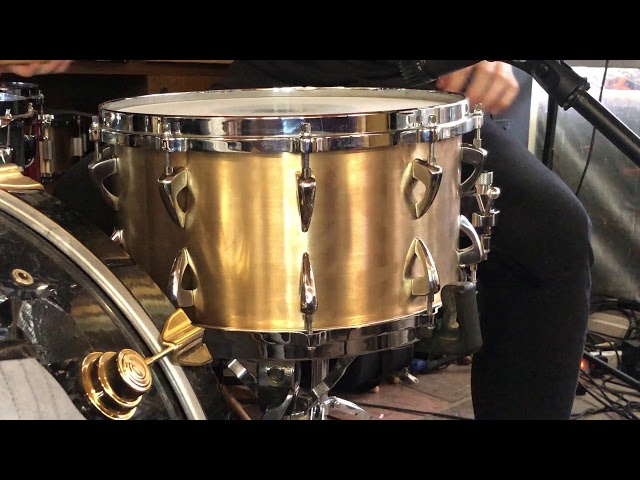 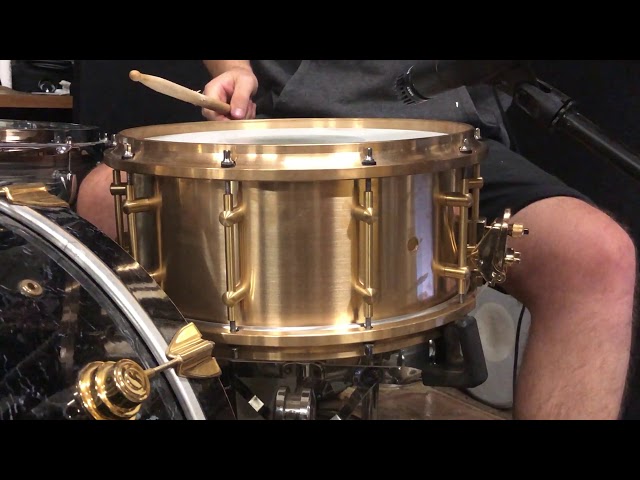 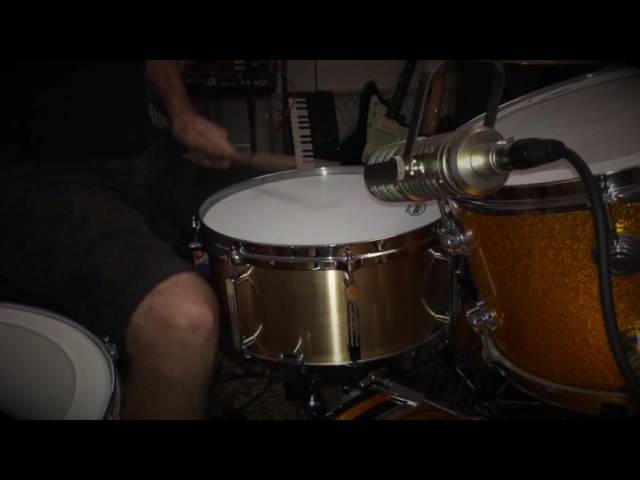 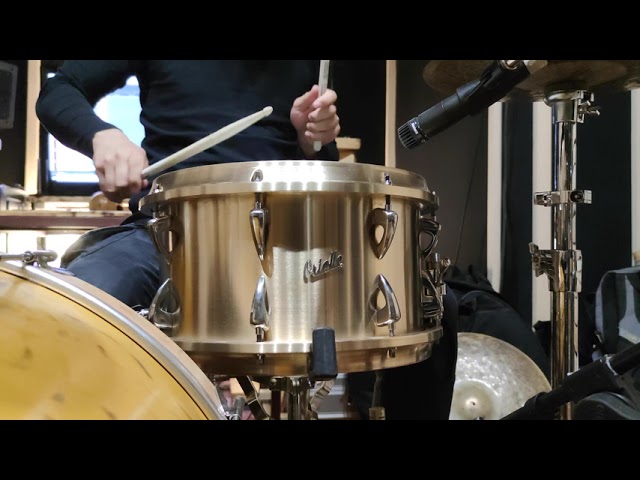 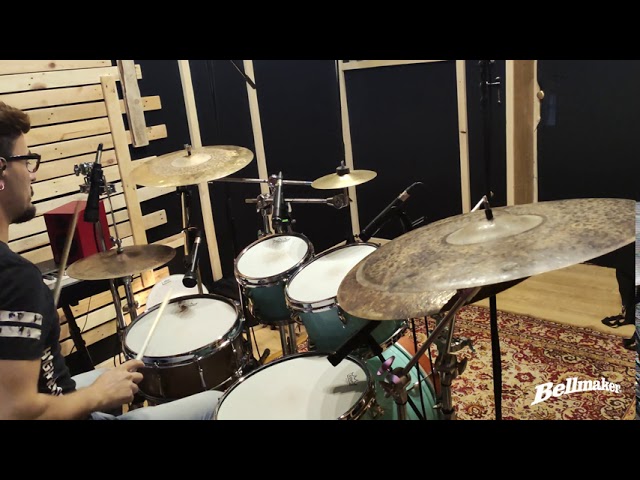 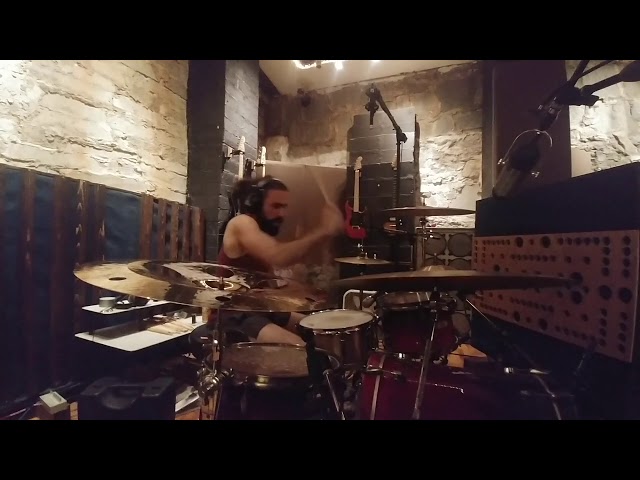 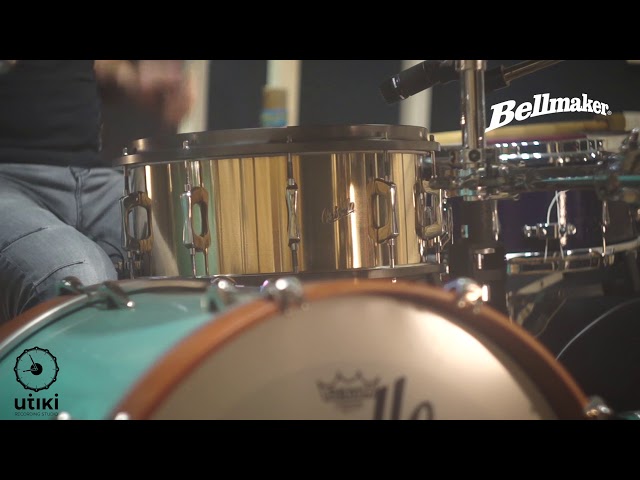 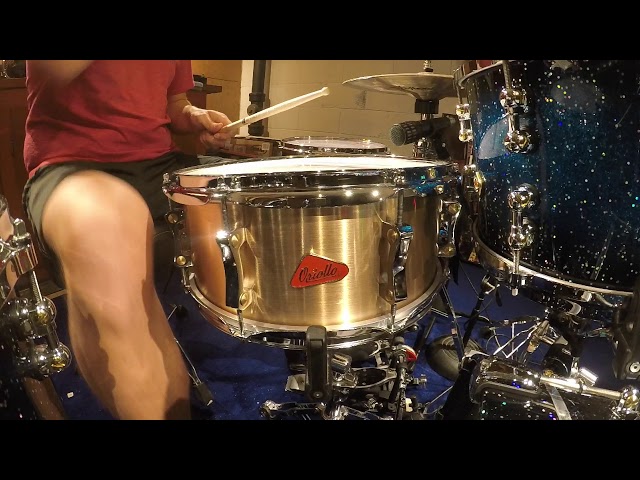 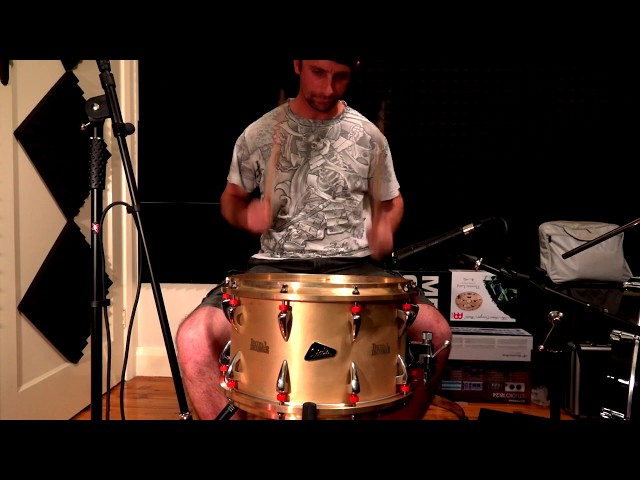 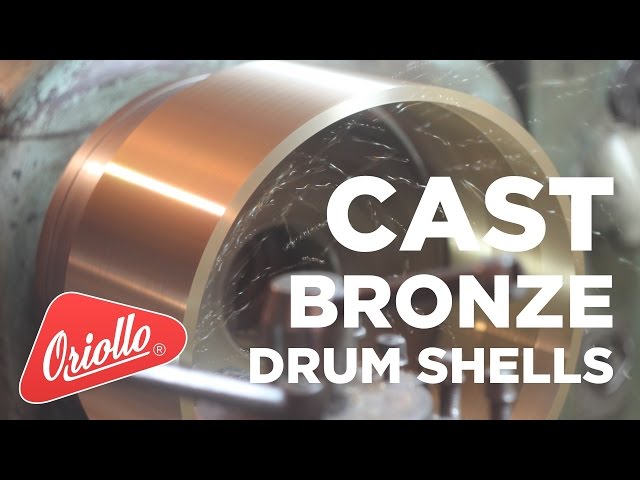 “That thing is a beast. Every time I cracked it, I felt it pulsate and vibrate between my legs for 10 seconds. Very, very substantial. This instrument is clearly not for beginners. I've never played a drum so sensitive. Every varying stroke produces a different sound. I found it really exciting and I would have loved to have more time with it.

“I've played a lot of the famous cast bronze snare drums and the thing that took me by surprise with the Bellmaker is the versatility. I knew it would respond to being played loudly, but it's warmth and throatiness when tuned down and played light is spectacular. A cast shell snare drum like this is an absolute necessity for any recording drummer.

“The tone is very clean and pure, it feels like the minimalistic hardware doesn't interrupt with the purity of the shell so notes are easy to hear and cut through. This snare is loud, sensitive and full bodied with great tone throughout. It fits perfectly into the style of music I play and feels like a versatile beast that would handle anything I throw at it. It is the most versatile bronze snare I have ever played and my favourite metal drums. I have owned 3 DW cast bronze snares (5,6 and 7 depths) and this sounds completely different, vastly superior and pure.

“The Oriollo Bellmaker 65 is a gorgeous instrument. I wanted a snare drum that would rival the famous “Tama Bell Brass” drums from the 80’s and 90’s, but with updated hardware. Vukan created exactly that. The Bellmaker has all of the power, projection, and pure tone that I remember hearing from Tama Bell Brass snares from the past… but with a touch of modern class.

“8x14 cast bell bronze snare with matching bell bronze hoops. I've been fortunate to have played every famous bell bronze snare under the sun yet this Oriollo really stands out to me. Sound is warm, fat, bursting with beautiful tone, with rimshot that will take your head off, yet without ever sounding harsh. It's a deep drum yet still sensitive enough to pick up every ghost notes. doing rolls on this snare, way it fills the room, interacts with it, it's quite remarkable. It's a sound engineer's dream I'd imagine.
These bell bronze hoops are one of the beefiest on the market. With no channels or grooves cut underneath like other hoops, it's a big, thick, heavy block of bell bronze. End result is something extremely ridged, strong, yet because it's made of the same material as the shell, sings with the shell in unison without any harsh or unwanted overtones. Seems to have slight dampening effect without killing the tone. Beautiful stuff.
The TriDrop lugs, absolute perfection. Strong yet not too heavy, letting the shell resonate and because it's made of solid piece of stainless steel, no plating, never have to worry about them pitting. I'd imagine they look the same decades down the line as they do now.
Just looking at the drum you can feel the of labor of love that have gone into it. Very special piece of gear. For those of you in the market for such a drum, these Oriollo should be on top of your short list. It's that good.

“The snare came and it's everything that I've wanted in a snare for the last 15 or so years. Sounds so good in fact that while I was originally planning on in the winter picking up a Tama snare I've had my eye on for a while and now I'm just thinking I probably don't need to buy another snare ever again. I probably will someday of course but this thing is just too good. It'll be a long time before anything impresses me half as much I think.

“This snare is a beast. It’s like driving a V12 Ferrari or Aston Martin - the power is always there for anytime you need it. The incredibly beefy sound comes out without any effort, as rimshots are delivered at skull cracking volumes at any level of impact. Amazing sound, has a timbre that in my opinion is unmatched by any other snare drum. It was very easy to tune. I believe I’ve finally found "my" sound and I can’t wait to record it with music.

Or find one in our stock